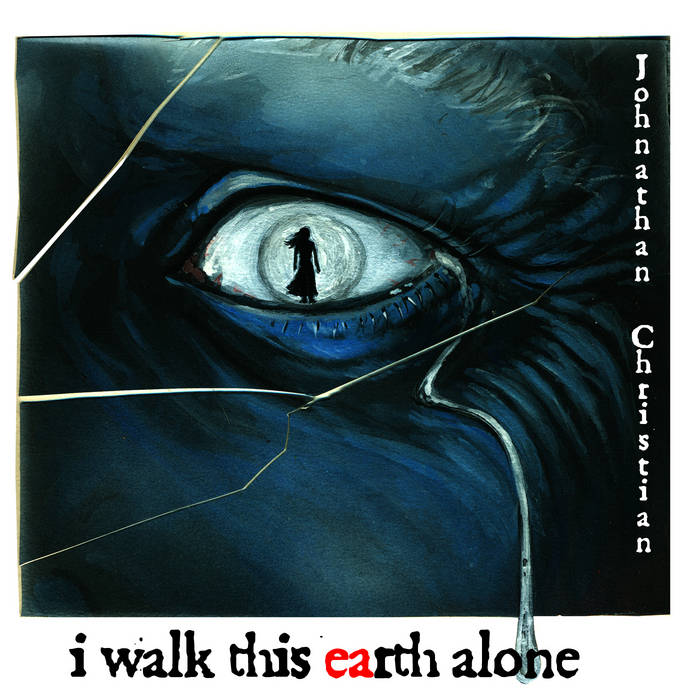 Of working with Clause Larsen, Johnathan Mooney says “(Leaether Strip’s) ‘Self-Inflicted’ was one of the first albums I heard from him back in 1997 and I’ve been a fan of his entire catalog ever since. So this really was a great opportunity for us.”

Clause Larsen concurs, “When I first listened to ‘I Walk This Earth Alone’ I was very happy to remix it. It’s a great song. I really love the songwriting and the vocals are pure sex. I never remix to “make a song better”. I always try to honor the song while taking it to a different place. Give it a new life to open it to other type of listeners. It was a real pleasure to be a part of this and I hope to do more with this great band”.

Of working with Johnathan|Christian, Alex says “I feel a kinship to their themes; this was about coldness, a barren landscape, the coldness of the ground he walks on. Shadowing his pain and the crevices of his face”.

Johnathan|Christian’s “Beautiful Hideous” had an official release date 8 November 2013, and has already begun to hit mainstream media with considerable force, rave reviews and is available globally.

Johnathan|Christian are Johnathan Mooney and Christian Granquist, veterans of the alternative music scene. Composer Johnathan Mooney originally played keyboard for New York's popular band, “The New Creatures,” Christian Granquist is well known in the Swedish Post-Punk scene having played with the members of the pop trio Day Behavior and is the keyboardist for the Stockholm electronic band “The Atom”

About Leaether Strip:
Leaether Strip is the solo project of Danish electronic pioneer Claus Larsen. First signed by German label Zoth Ommog in 1989, Leaether Strip went on to build a cult following as one of the most exciting electronic EBM European artists and is currently on a worldwide tour with his other project Klutæ

But I can still , recall the taste
Of your mouth, flesh and bone
More a taste of bittersweet
As I walk this earth alone

Please reach out and touch me
No harm, it's just an embrace
Can anyone feel me?
Just take a look at my face!

Is there anyone, who'll show me how to breathe?
Will there be anything, left for me to feel?

Is there anyone, who'll show me how to breathe?
Will there be anything, left for me to feel?
I'll promise anything, if I could just believe
So help me Jesus, make me die or make me live