by The Funhouse Collective 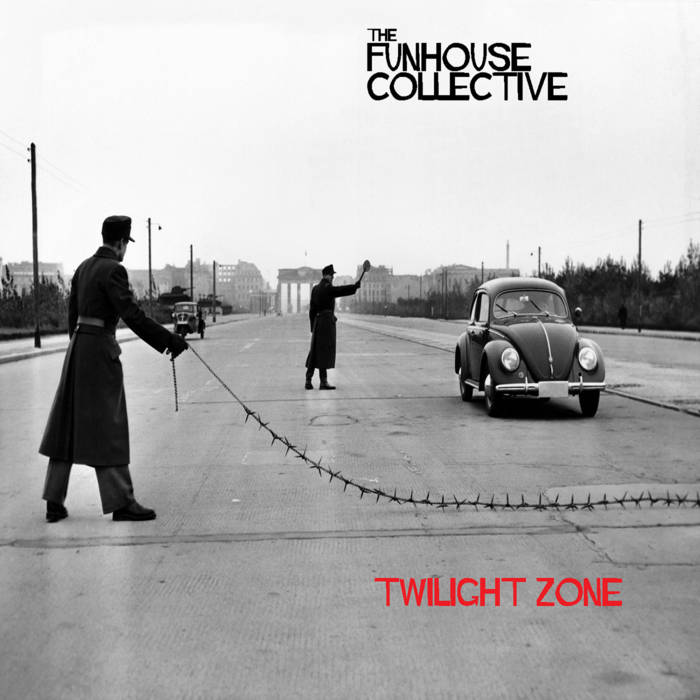 04 JULY 2020 (LOS ANGELES) – Los Angles based musician Johnathan Mooney has collaborated with Adrian Auchrome to release an updated cover of Golden Earring’s “Twilight Zone” (1982) as part of a new project known as the Funhouse Collective.

Produced by Johnathan Mooney and Michael Bann, this new darker, post-punk version aptly arrives at a very poignant time in the world.

“Growing up during the Cold War and coming of age when the original came out left me with indelible memories of that era. Add the events past few months to the mix and it seemed this could have new relevance.” Says Adrian Auchrome.”

The original song was written by Golden Earring guitarist George Kooymans who got inspiration from a book by Robert Ludlum, The Bourne Identity.

The Funhouse Collective is the brainchild of Johnathan Mooney who had gotten the inspiration to start this new endeavor as a “collective” of multiple musicians and artists to collaborate with on different sounds and songs.