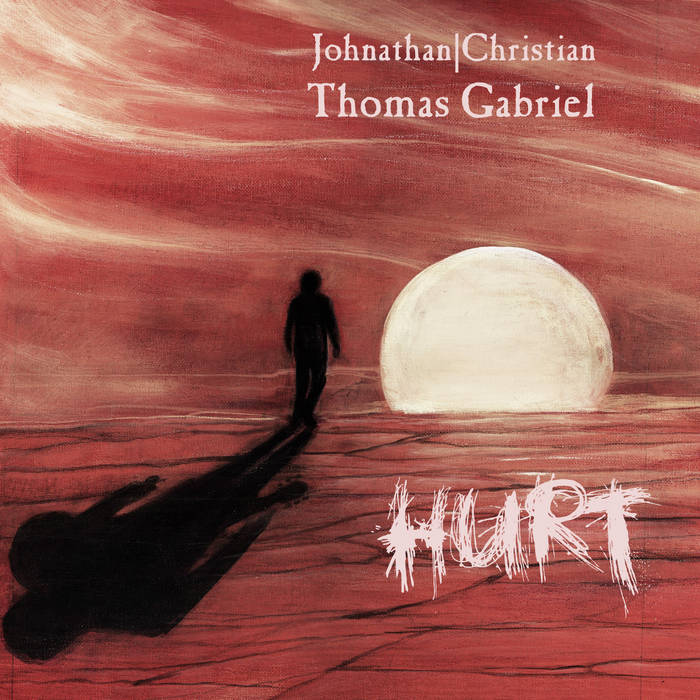 While Johnathan|Christian were working on their latest album, a former middle schoolmate of Johnathan Mooney’s, Henry Vaccaro Jr., proposed a collaboration with a family member of a very special musical clan. "My father was a close friend of Johnny Cash, whom he had met through his role with the Kramer Guitar Company,” writes Vaccaro. In fact, Kramer Guitar grew to become the largest American Manufacturer of electric guitars in the 1980’s. “My Dad was a huge Johnny Cash fan and brought the entire band guitars in 1976 and our families have been friends ever since. “
The idea behind this unique collaboration all came together through Vaccaro’s love of dark wave and post-punk. “I first met Johnny Cash’s grandson, Thomas, when we were children and now watching him break out on his own I was blown away by his uncanny vocal resemblance to his Grandfather. His phrasing, tone, spirit, drive and humility are all these remarkable traits passed down from the Man in Black. Thomas is a true dark soul but with country blood running is his veins. I was already a fan of Johnathan|Christian so when I first heard Thomas covering "Hurt" I thought between both parties, they would not only pay homage to Thomas' grandfather but also to the original Trent Reznor version."
Knowing that Johnathan|Christian had huge shoes to fill, the band enlisted some help from old friends Clause Larsen (Leæther Strip) and multi-media artist Victor Devilbliss, a.k.a. Michal Bann of 90's band Advent Sleep, whom coincidentally, was going through his own personal struggles since the death of his nephew, Los Angeles musician, Shawn Bann. "Working on this put me into a place emotionally that I needed to be. In the process of putting the remix together of Johnathan|Christian’s cover, I kept thinking about Shawn. I’m not incredibly spiritual, but my nephew’s (Shawn) influence on me permeated and I feel (that) he was ultimately the inspiration for the ‘Love Forever’ mix with the title paying homage to one of his songs.
For Johnathan|Christian members Johnathan Mooney and Tiger Koehn, coming up with something that would remotely do any justice to both originals was a daunting task. “Trent Reznor’s ’Hurt’ was such an emotional song that told a very dark tale” Says Mooney. “And then you have Johnny Cash’s version and that was like a huge kick in the stomach that just left you speechless in its rawness.” For this to work, it was important for us to tell the story in a different light. “While Johnny Cash sings about all that’s left, I felt that grandson Thomas, whom while also had his own share of demons, is now on the beginning of a journey. An ‘Empire of dirt’ is, not only what we end with, but it’s also all we start with”
That theme also ties in to the album cover, created by award winning horror illustrator, artist and Johnathan|Christian album cover designer Alex McVey where we see a lone figure watching a sun rise as he starts on a journey with a familiar shadow watching.